Happy holidays, everyone! I know not everyone celebrates Christmas or is into Christmas trees, but if you are, this is the post for you!

I finally delved into my pattern trio from Lalylala (Lydia Tresselt) and made the Christmas tree (the other two are angel and candle)! It’s amazing how when I buy patterns, I have every intention of making the item RIGHT NOW and it rarely ever happens. Timing is important when it comes to crafting, it seems.

Anyhow, I decided I would make up a little tree for my office’s holiday gift exchange and thought it would be festive and cheery enough that most people would like it, whoever ended up with it.

I’ve made enough amigurumi that the actual doll itself didn’t take too long – a handful of hours. The sewing of the beads with invisible thread was the task that took a lot of patience. Thankfully, if you do it while you’re watching holiday movies or something, it doesn’t feel like a chore. So I would say this pattern is advanced beginner, depending on your sewing skills. Of course you don’t have to sew anything onto it. The tree itself is adorable as is.

Here’s my first little tree doll — I bought more beads so I can make more of these cuties. Makers, have you tried this pattern yet?

Happy holidays to you, whatever you celebrate! (Or don’t! Merry Whatever!)

I believe a little while ago I mentioned that I had finally completed the seahorse doll (pattern from Lalylala), which took me the better part of two years to make, but only because I put him down for long periods of time.

At last, I processed a few of the photos I managed to get before I shipped off the doll(s) to their new home. I didn’t get any really terrific shots with my nice camera because I was under deadline to finish it as a gift for a new baby back in January.

I heard that the family did love the seahorses, as their theme for their baby son’s nursery was the ocean.

A relative had given me a bunch of shiny Bernat baby yarn a few years back and when the seahorse project came up, I decided I would use it to create a shimmery look. It worked out very well for this purpose, but because the yarn is thin and crinkly, there were times I almost gave up making the doll with this yarn.

On top of the difficulty of working with the yarn is the fact that Lalylala designs her patterns with tons of details for the maker. I would think I was nearing the end and I realized I had to do the fins and details for the body. Those took me much longer than I anticipated because doing surface slip stitch with teeny thin yarn that splits easily is not exactly fun.

Regardless, I plowed through, and I am really pleased with the overall result. If you’re on Ravelry, you can see the project details here. Despite using much finer yarn, this doll was huge at 14″ tall.

I think I could do another one of these dolls but probably not as a custom order, since it’s difficult to predict how long it will take me to finish it. But I could see myself making another and listing it in the shop someday.

Here are the photos! Whee!

My regular work life amped up in the past month, plus we got to Thanksgiving and the beginning of the mega holiday shopping season.

Since finishing the Tunisian triangles pillow, I have zipped out an Etsy order here and there, but I’ve also been doubling down on personal projects, seeing things through to completion. I can say after four full years of crocheting, that my speed at making certain things has increased, which is a nice little perk. What used to take me 8-10 hours has decreased by an hour or two, at least.

I also haven’t taken on any very large projects with a deadline like Christmas looming. I’m not currently working on any blankets or any projects that are overly complex, and that helps keep my stress levels down.

But what I have been able to accomplish is a complete trio of amigurumi from one of Lalylala’s 3-in-1 pattern sets — the winter bunch.

In it are patterns for a snowman, a reindeer, and a pine cone (aptly named Woody). I have a real thing for pine cones; in fact, my wedding favors were fire starters, which were pine cones dipped in wax. We had to warn people not to just light them as candles or they’d be in for a surprise.

As you can imagine, I was very excited to try my hand at these. The snowman I whipped up pretty quickly; the time-consuming factor was the hat. For my dolls, I used KnitPicks Brava worsted yarn, with the exception of using a color of Vanna’s Choice for the hat of the snowman, because it’s stiffer. I used a smaller hook so it would properly fit Mr. Snowman’s head.

I also had to make my own carrot nose, because the one I got from the pattern was too small and/or I was unable to make it work. I used some powdered blush on a Q-tip to give him his flushed pink cheeks. Such a cute touch!

I next tackled Woody the pine cone, and I am glad I wasn’t on a deadline for him, because the “leaves” added an extra complicated step that I hadn’t anticipated. Working on him upside down to create all the stitches for a singular “leaf” took far more time than working with a flat piece that hasn’t been stuffed yet. Nevertheless, despite the couple of extra nights I spent on it, I am really pleased with the overall look in the end. Someday, I’m going to do the silver-colored one. It’s just so wintery and festive!

Lastly, I plowed ahead to do the reindeer. I have trouble finding safety eyes in sizes between 6mm and 10mm — so either my eyes are too small or too big. I ended up going for too small for the reindeer, and so my doll looks a tad squinty. Nevertheless, he came out a handsome little guy, and I’m just proud of myself for doing all three from the collection. 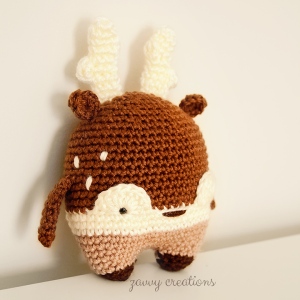 This isn’t my very first foray into Lalylala dolls. I started a Sepp the Seahorse doll (which I have probably mentioned somewhere on here) about two years ago, and I finally have a reason to finish him, since he’ll be a gift to someone who has a “sea” theme for their nursery. I’m happy to have a motivating reason to finish him, since he’s been sitting on top of my storage cubbies for far too long. Of course, there was the sailboat that I made over the summer.

If I can keep up my mojo, I might be able to tackle one or two of the Christmas patterns yet, where she has a tree, a candle, and an angel. As of this moment, I have three Etsy orders to fulfill for made-to-order items, so my personal plans may go to the back burner for a bit.

Below are some photos of the finished bunch. They would really brighten up a mantel or other holiday display quite nicely, don’t you think?

What are you working on this holiday season? 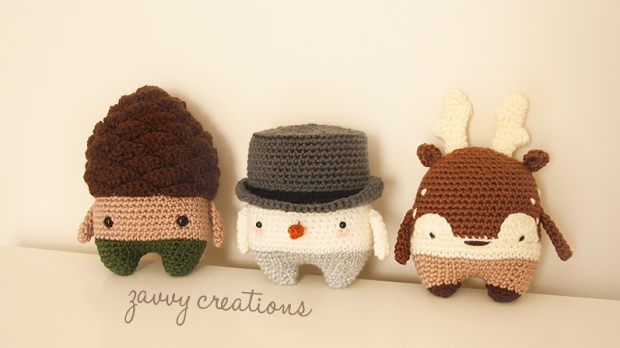 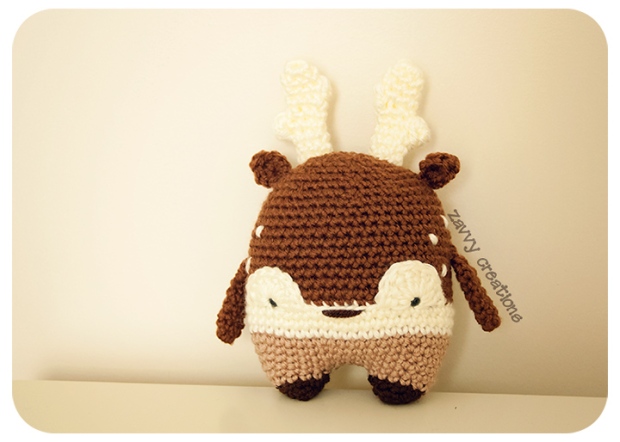 I have been on a bit of a tear lately finishing (and starting) various projects. I even started a knit dishcloth the other day, but it’s TBD on whether it’ll be a useful item or be wound back up into a yarn cake.

But here are a couple of recently finished (crocheted) items, both of which turned out SO well and are so freaking cute!

The first is a paper boat amigurumi from the talented designer Lalylala. The other is a standing bunny rabbit from the designer StufftheBody. Both can be found on Ravelry and Etsy.

The bunny I decided to list in the shop. I have plans for the paper boat, but likely I’ll make that a custom listing down the line.

Happy Fourth of July weekend, everybody! 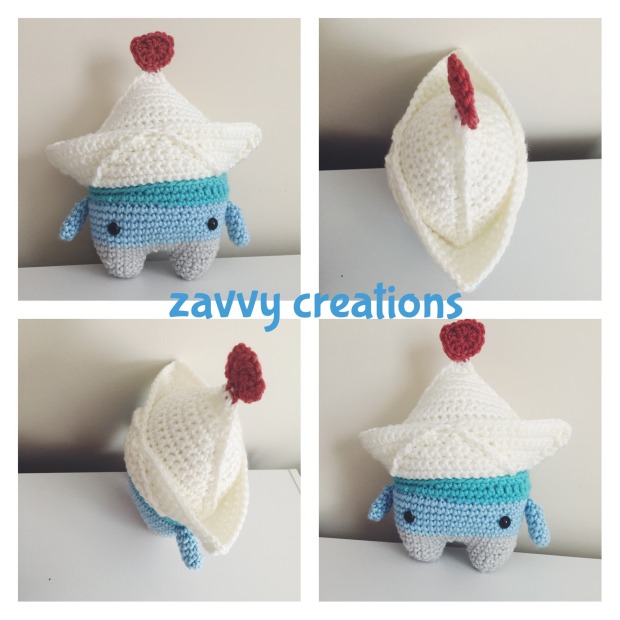