If you crochet and you’re starting to make all of your fall accessories, don’t miss this free pattern for Crocodile Stitch Fingerless Gloves from Bonita Patterns! Available until September 30, you can get the pattern by putting it into your shopping cart and checking out. No purchase required! But you may not be able to stop yourself from buying some of their dreamy fabulous yarn, which is also on sale, soooo….

If you’re unfamiliar with Bonita Patterns as a crocheter, get ready to be wowed by the designs, especially if you’ve always wanted to branch out into crocodile stitch. A few years ago, I made a friend a crocodile shawl and it was not only super fun to make, but the end result was stunning! 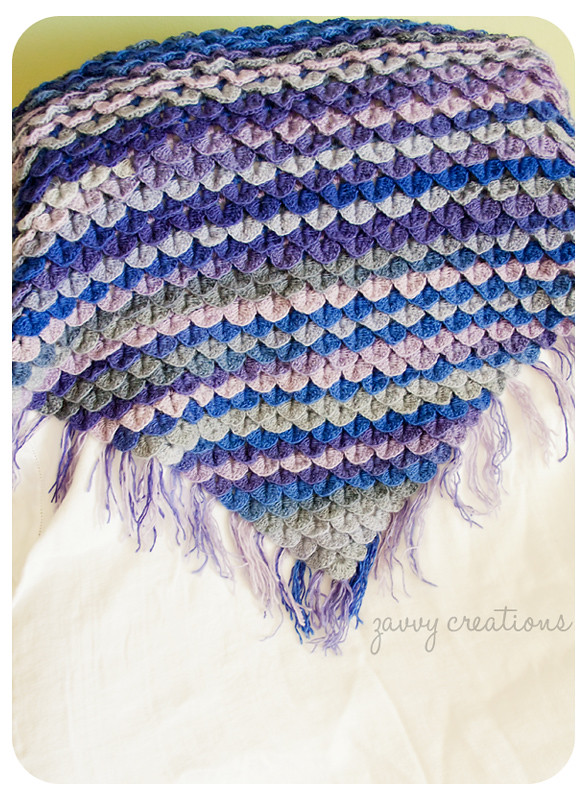 Bonita Patterns & Yarn is also offering 30% off all premium patterns, so this is an ideal time to try something new! Happy hooking!

Over the winter (which wasn’t much of one this year), I created two things all on my own without relying on a pattern.

Some people come by this skill naturally. I do not. I’ve been crocheting for the better part of three years now, and it took that long for me to become confident in my skill, and be inspired by something I see around the interwebs and make it happen.

The first thing I completed was a star stitch headband. I had an image in my mind of creating a star stitch headband using this gorgeous Galileo yarn I had from Knit Picks, since it’s soft, has a sheen to it, and is just downright pretty and fun to work with. I used the color Valentine and I didn’t even end up using one whole ball. For my Ravelry notes, you can check out my completed project here.

The star stitch exploded in popularity, to where I was seeing lots of hats, headbands, bags, and all sorts of things made with it. It is a really cool and pretty looking stitch. Once you do it a few times, you get the hang of it.

The star stitch is really tricky only because of the number of chains to start with, and in the end how it makes the edges look slightly uneven, something that can be fixed with blocking (and even tension). Since I was making a headband where I would stitch the ends together, I didn’t worry about the unevenness too much.

The tutorial I relied on to create my piece was this one by Not Your Average Crochet.

I was quite pleased with the final result and definitely want to make more so that I can hopefully feature it in the shop at some point. The only quasi-decent photo I got was the one below. I need to whip out the DSLR and take better photos of it, or others I make. 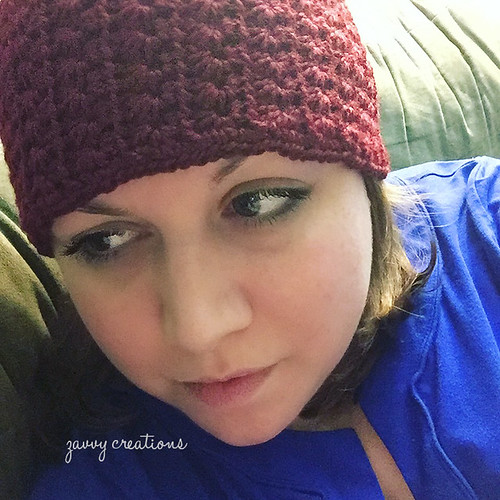 The second project I did was a scarf for my brother-in-law. I started off making it in Tunisian crochet (full stitch, which I loved the look of!) but because I was using a softer yarn that didn’t hold up on its own, it drooped on the edges with the color changes and looked sloppy.

I frogged it. <sad trombone>

Note: I will use the full stitch for another project down the road. It really looks beautiful, and boy is it dense and warm!

Thus, I started over with the scarf project and decided to go with Old Reliable of double crochet, but going in the back loops only, which gives it some texture and a horizontal “knit” look in every other row.

I finished it off with a round of half double crochet in silver–I think it turned out quite handsomely. My brother-in-law seemed really happy with it, which is all that mattered to me. But in the end, I was just so happy that I could make something all on my own without referring to a design. It gives it that extra specialness upon completion.

Here’s to more projects like this in the future!